Shawni Jackson-Triggs, Ph.D is a native of St. Louis, Missouri, USA. She is the former owner of SLJ Consulting & Coaching, LLC, a firm that specialized in Business Development, Consulting & Coaching. Dr. Jackson is the founding director of the Bob Virgil Center of Entrepreneurship at Harris-Stowe State University in St. Louis, Missouri and has assisted many people within the St. Louis Community to start and develop their business. She is also an expert in online education and has attended many conferences and workshops to develop her skills and love for online learning. 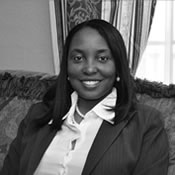 As part of her asthma advocacy, Dr. Jackson-Triggs serves on the Washington University Asthma Symptom based adjustment of Inhaled Steroid Therapy in African American children (ASIST) Research Advisory Board in St. Louis, Missouri, USA. Throughout her career, Dr. Jackson-Triggs excellence in her profession and community services has been acknowledged by several awards and recognitions.